Skip to content
Home » News in English » Thank you! 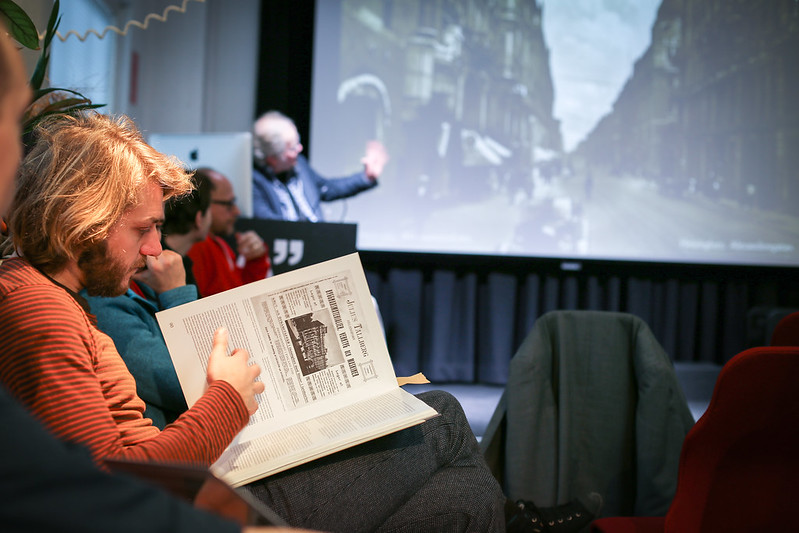 Thank you all who participated in, followed and helped arrange Wiki Loves Maps and #Hack4FI!

We loved you being here!

Wiki Loves Maps seminar (February 5, 2015) and hackathon (February 6–8, 2015) were arranged in Helsinki. The altogether 4 days brought together a full house on all the days. Wiki Loves Maps seminar was organized by Wikimedia Suomi in collaboration with the city of Helsinki. Wiki Loves Maps hackathon was part of #Hack4FI – Hack Your Heritage event. Thanks to our team Teemu, Samppa and Ari, and thanks to the #Hack4FI team Sanna, Laura and Neea, as well as Anna, Arttu and Juhani from the Media Factory!

The seminar video stream is available for viewing.

The seminar presentations are shared in a Drive folder.

The #Hack4FI project folder is in Drive.

Wikimaps has a Facebook group. There is now also a new Facebook group for #Hack4FI, where you can connect with others who took part.

The Documentation page in the Wiki Loves Maps site will be updated with new posts.

We appreciate if you fill in the survey. It’ll help justify further events in the future! If you can’t find the email, use this link! Thank you! 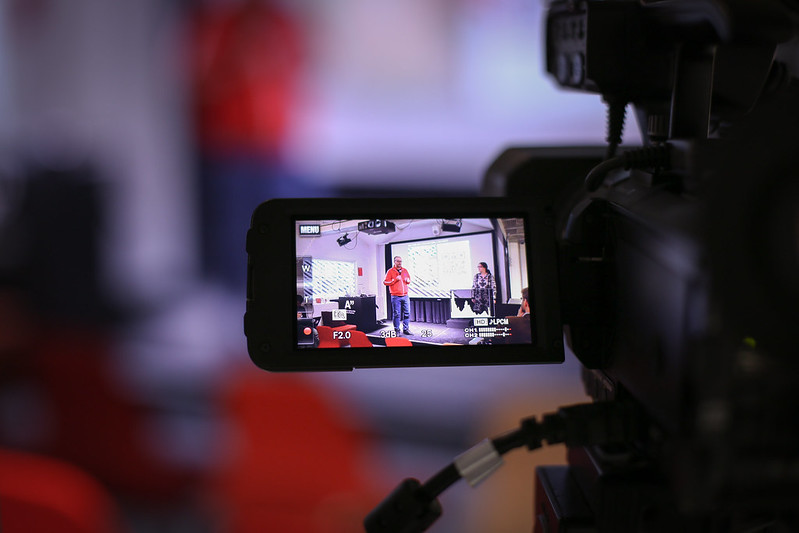 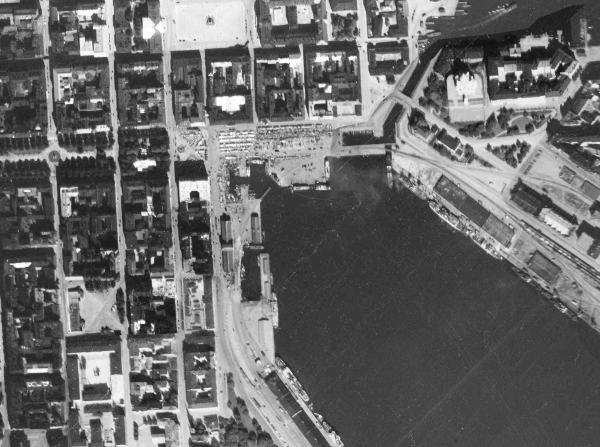 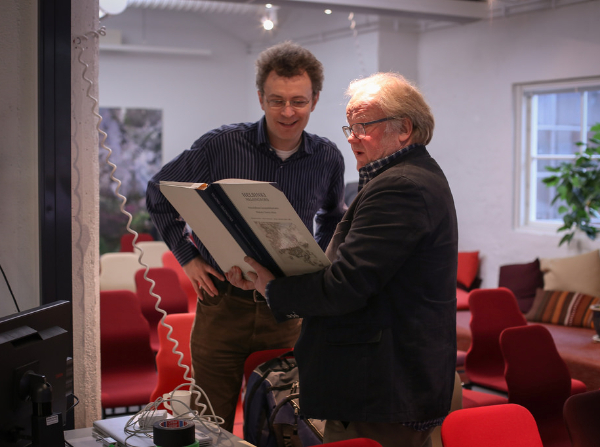 The theme of Wiki Loves Maps was Historical Aleksanterinkatu. It’s a joint initiative with the City of Helsinki to gather historical materials about the city, combine and reuse them. Arend Oudman gave a bird’s eye view to the city through the series of Historical aerial images from the Metropolitan area he has gathered, prepared and opened. Martti Helminen from the City Archives is the originator of the Aleksanterinkatu theme. He took us through the history of the street with images, maps and drawings.

GLAMs working together with Wikimedia 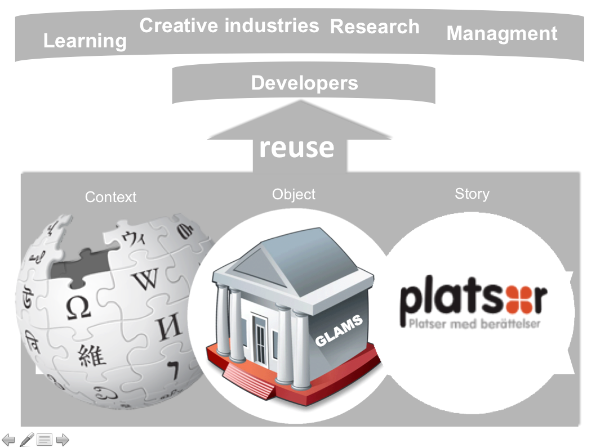 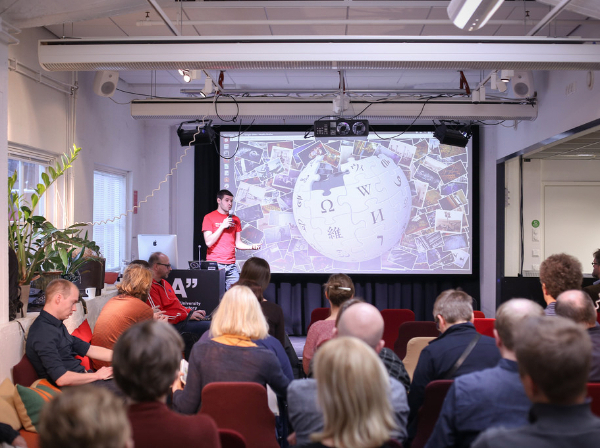 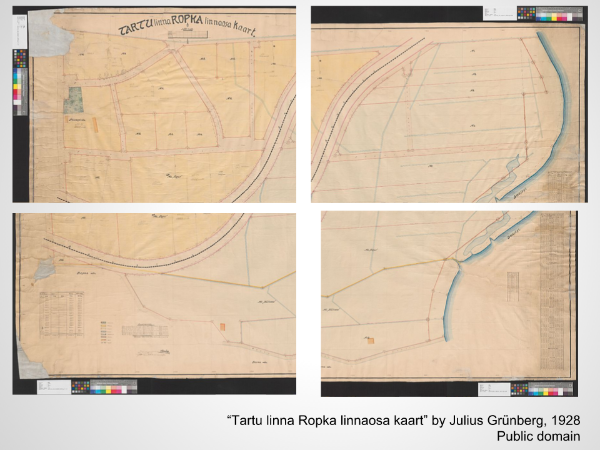 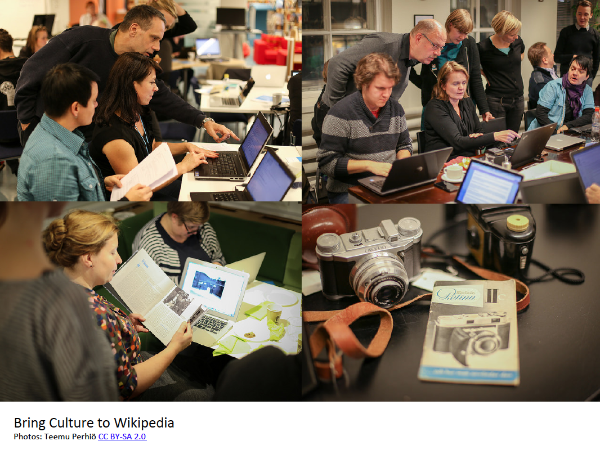 Collaboration projects in the Nordic countries between GLAM organizations and Wikimedia chapters. 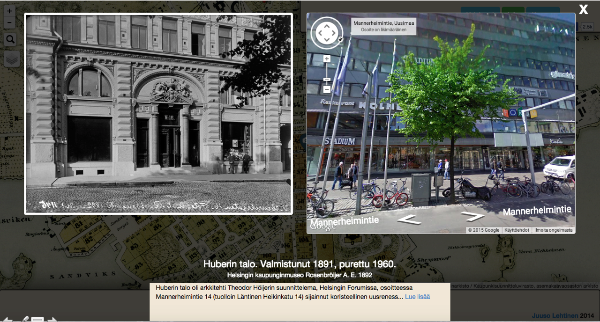 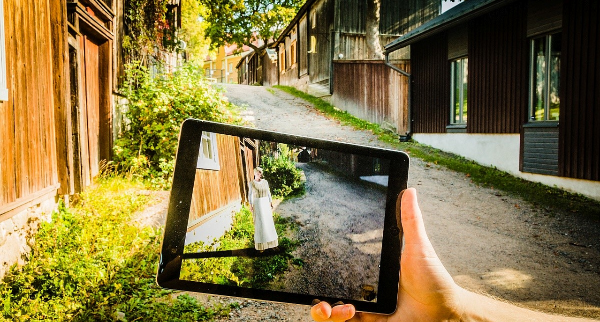 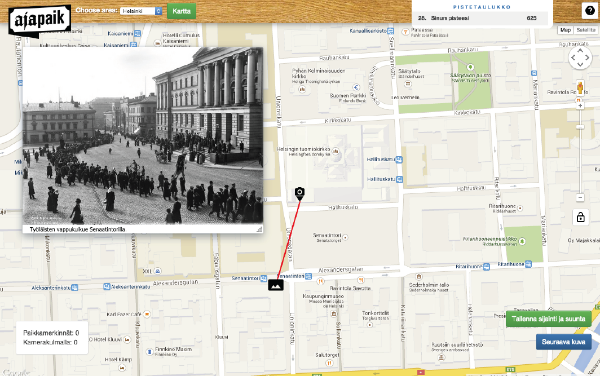 Encoding and experiencing location in apps. 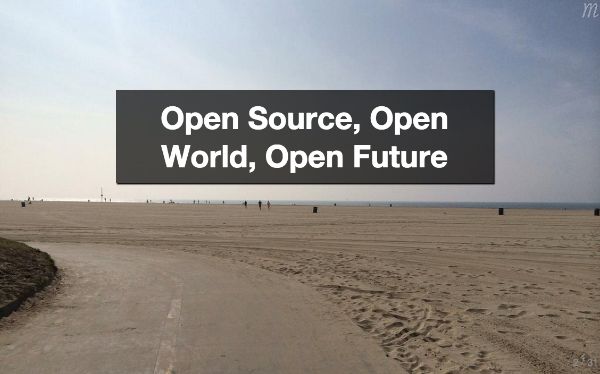 Peter presented Mapillary, a crowdsourced street view environment. But more than that, he pointed out the necessity of open source and content, and the need to create together. He also came up with the term open past! 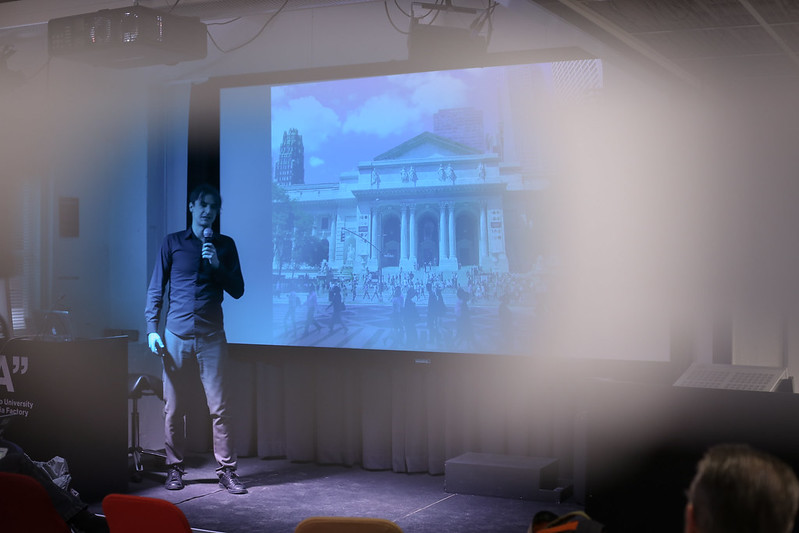 Here are the 4 principles: 1: Start with a prototype. 2: Polish takes time. 3: Everything takes longer than anticipated. 4: Hackathons are starting points. 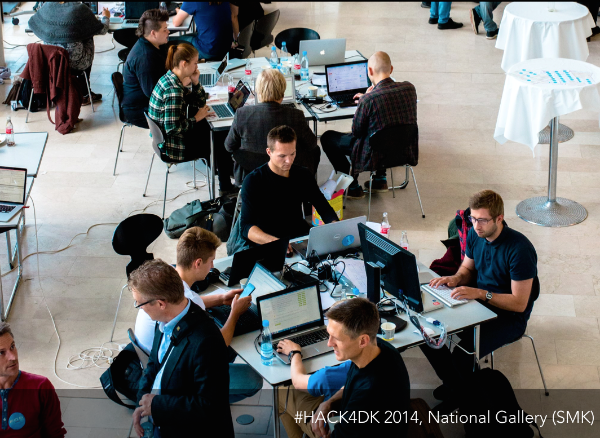 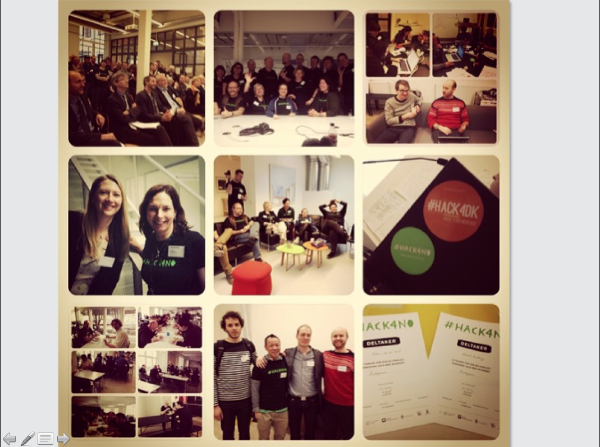 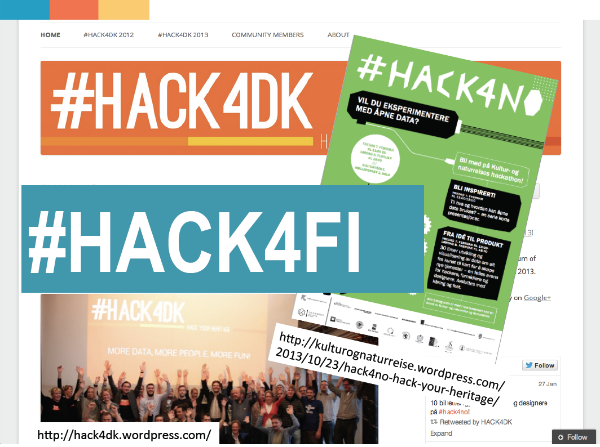 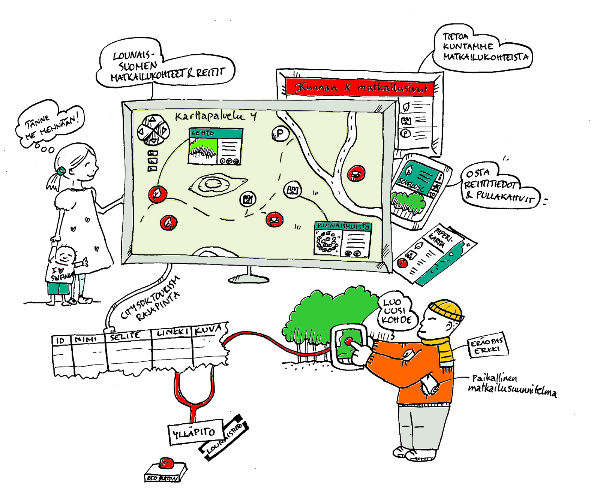 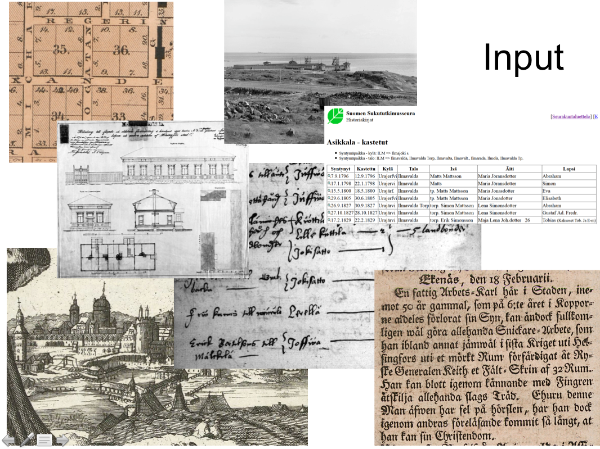 We collected a set of speakers to present different approaches to working with local and personal history. These materials have fallen outside publicly funded GLAM endeavours, they are not suited for Wikimedia for their lack of notability and they largely live in commercial services.

Pauliina Latvala, University of Turku Background study for ratifying the Faro Convention: What people regard as heritage and how to develop the dialogue between authorities and people. Why, how and for whose benefit should we enhance cultural heritage? 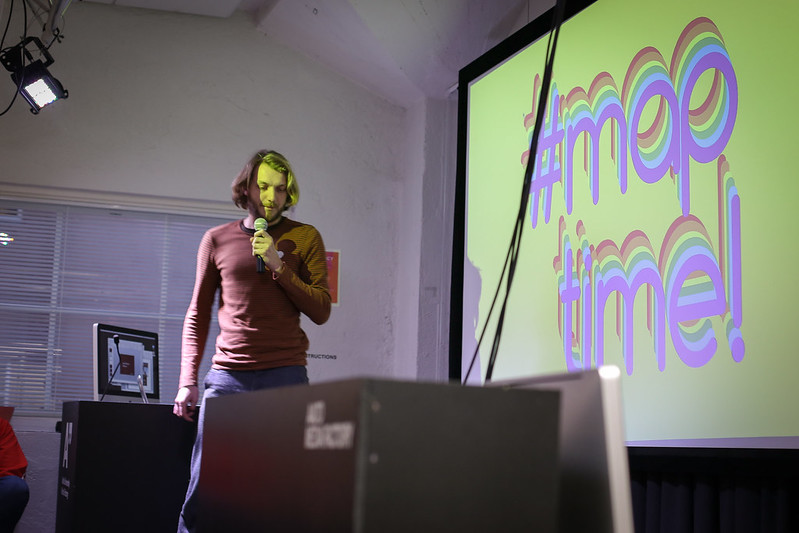 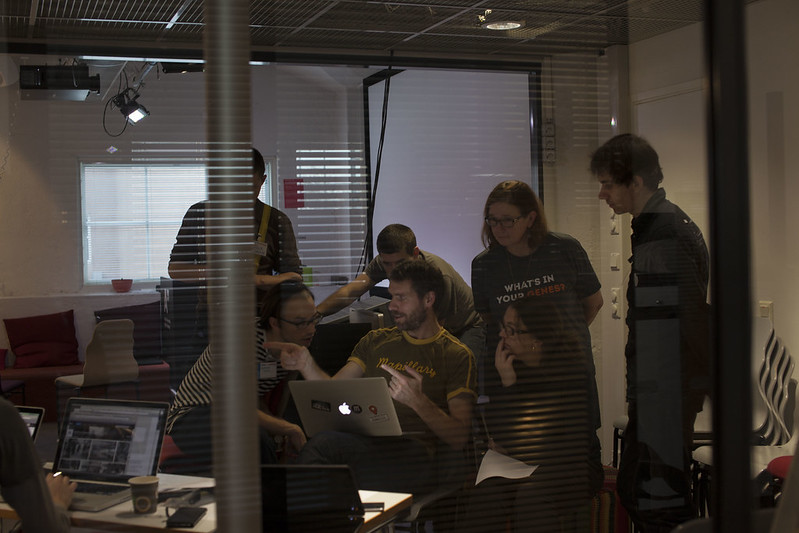 The hackathon, the first of a kind in Finland, was a tour de force of AvoinGLAM. After the weekend participants have six weeks to finalise their works. The hackathon ends 26 March with a gala, where the final works will be presented and awarded.

Wiki Loves Maps projects were only a part of hacks done over the weekend, and you can see a full list of ideas here. Have a taste of maps projects, or projects by mappers, that were worked on during the event!

We aim to connect two projects: Ajapaik for using people’s help in locating places of old images and Mapillary for seamlessly stitching those images into a street view. Signe Brander’s Helsinki images are in Ajapaik already and more will follow! The first test transfers from Ajapaik to Mapillary are being made.

Wikimedia Sweden has collaborated with Mapillary to create a map for images in the Wiki Loves Monuments competition. Mapillary images can now also be uploaded to Wikimedia Commons and displayed there as a street view. Add this script to your common.js in your Wikimedia Commons settings.

The Warper widget to display a warped historical map similarly needs to be created in the next hackathon!

Images are processed in Python with OpenCV to find good transition regions and then animated using Processing.

Map of OpenStreetMap objects with links to Wikipedia articles

See shapes of buildings and monuments that have Wikipedia articles on a map. Themap background can also be a historical map. By Tuukka Hastrup @tuukkah.

Helsinki streets of 1900 in OpenHistoricalMap

You can only store today’s features in OpenStreetMap. This is where OpenHistoricalMap comes in. See OpenHistoricalMap at work inside the Wikimaps Warper. The streets have been stripped from the present-day OSM map based on a scanned map of 1900. You can continue the work, adding, deleting and modifying! OHM integration by Tim Waters @tim_waters, streets by SK53 @SK53onOSM.

For playing around with georectified historical maps and web maps, see this marvellous tutorial Mauricio Giraldo has created.

WikiProject Wiki Loves Maps is a hub for tracking missing and new Wikipedia entries for our topics. Wikipedia articles Kluuvinlahden fossiilit (taideteos) and Aleksanteri II (patsas, Helsinki) were inspired by the Saturday morning walk in the Senate square and Aleksi. By Heikki Kastemaa.

We also came up with a plan to brush up Wikipedia article introductions to meet Simple Finnish guidelines, and tag them with specific markup. We will team up with writers and users of these texts. To be continued…

The Finnish National Gallery artists database will be imported to Wikidata, and Finnish Wikipedia will be validated manually against that data. By Kimmo Virtanen. 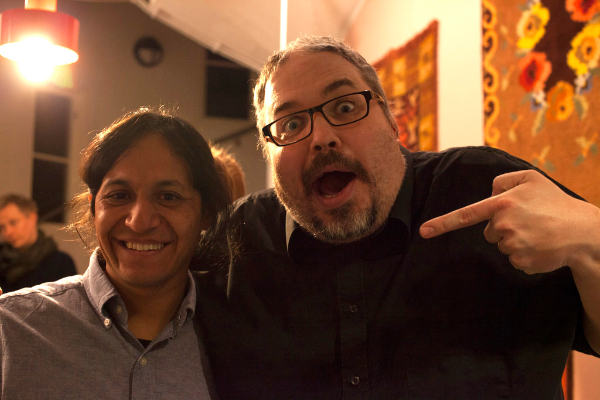 Ecuadorian Paul Villavicencio studies Information Science in Nagoya, Japan. The words Galleries, Libraries, Archives and Museums caught his attention on the Wiki Loves Maps web pages and he decided to travel to the seminar and take part in the hackathon.

While studying in Ecuador, Paul worked in the university library. The librarian, his friend and colleague, is an advocate of openness and collaboration with memory institutions. The possibility of contributing to his work made Paul choose to join the event.

#Hack4Fi was Paul’s first ever hackathon and he was not sure what to expect. After a bit of disorientation facilitator Sanna helped him join a project team and use his expertise on content retrieval in the Talking Heads project. Seeing memory institutions take part in hacking among others, and participating in cross-disciplinary work was a memorable experience. What made all this worthwhile, is that he hopes to bring back his experiences to his colleague in Ecuador.

We talked with Paul together with Mace Ojala, an information science student and participant in #Hack4FI

Looking forward to the next cultural hackathon. Hope to see you all there!

Now that the event is over, you can find us in

Wiki Loves Maps is organized by Wikimedia Suomi ry together with the City of Helsinki. The event is part of the Wikimaps Nordic project, supported by the Nordic Culture Fund. Special thanks for the AvoinGLAM network, Forum Virium and the Ministry of Education and Culture for collaboration.

Images in this post by Teemu Perhiö CC BY-SA 2.0, or by the authors of respective documentation or explicitly stated with the image.